California's underground economy results in a multi-billion dollar hit to California's economy. This fraudulent activity hurts legitimate businesses that play by the rules. Leveling the playing field requires a dedicated and coordinated effort with allied agencies all working together to put a stop to the illegal activities of business owners that not only cheat the system at the expense of law-abiding businesses and consumers, but also exploit workers to gain an unfair advantage.

What is the underground economy? 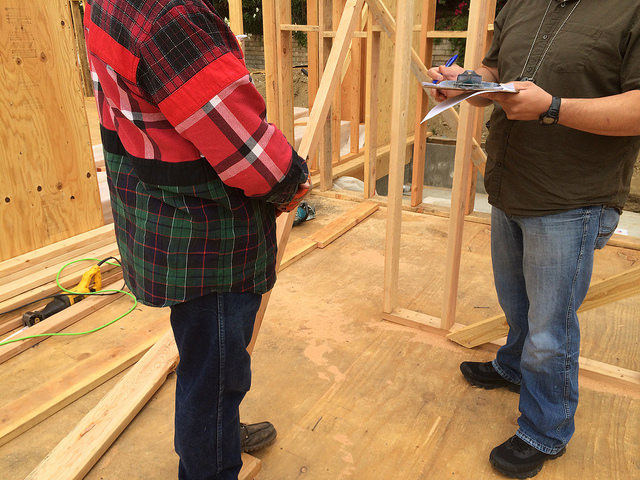 Whether it's through tax evasion, tax fraud, cash pay, tax gaps, payments under-the-table, or off-the-books work, these are all schemes used to conceal business and trade activities from government licensing, regulatory, and tax agencies. The result is a multi-billion dollar drain on California's economy, higher costs for legitimate businesses that play by the rules and higher prices for consumers.

When businesses operate in the underground economy, they illegally reduce the amount of money expensed for insurance, payroll taxes, licenses, employee benefits, safety equipment, and safety conditions. Businesses that operate in the underground economy gain an unfair competitive advantage over legitimate businesses that comply with state laws. This results in unfair competition in the marketplace and forces law-abiding businesses to pay higher taxes and expenses.

Types of fraud that feed the underground economy:

Examples of workers' compensation insurance premium fraud include under-reporting to carriers the correct number of employees and wages paid, misclassifying the type of work employees are doing, and by misrepresenting their claims history through experience modification evasion schemes. Investigators have found that employers who commit this type of fraud are often also cheating on employment taxes, licensing fees, corporate and personal income taxes, sales taxes, and other employment contributions required by law.

Another form of employer fraud related to the underground economy is claim dissuasion, where an employer prevents an employee from filing a legitimate workers' compensation claim through an outright lie to the employee about their right to file and injury claim and/or through concealment of some fact that affects and injured claimant's collection of rightful benefits.

What CDI is doing to curb the underground economy:

The Department of Insurance's Fraud Division has teams of detectives set up throughout California to combat the underground economy through proactive enforcement of state criminal insurance fraud statues covering workers' compensation premium fraud and other types of employer fraud. The Fraud Division also conducts numerous trainings and outreach efforts throughout the year to industry groups, labor organizations, law enforcement and public agencies that have an interest in combatting the underground economy. These training and outreaches cover topics such as identifying underground economy red flags, reporting suspected violations, investigative techniques, and best practices of cooperation among agencies.

To effectively combat the underground economy, Department of Insurance detectives frequently participate in enforcement operations with other agencies as part of the Joint Enforcement Strike Force, the Labor Enforcement Task Force, and other more localized underground economy task forces. Agencies involved in these task forces include the Employment Development Department, Contractors' State License Board, Labor Commissioner's Office, Franchise Tax Board, Board of Equalization, Internal Revenue Service and other agencies with an interest in combatting the underground economy.

Find out more about what CDI is doing to help protect California's business economy.

Educating businesses about the law

CDI has executed nearly 100 outreach events over the past three years. 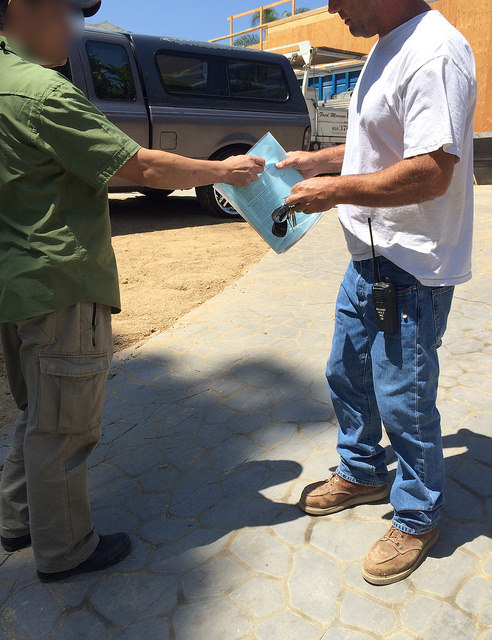 Bringing to justice those that cheat the system

349 arrests related to the underground economy over the last three years.

More than $37 million in restitution and fines over the last three fiscal years. 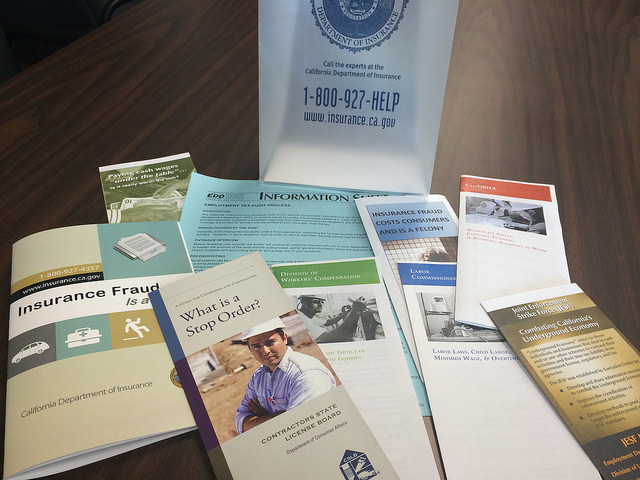 Statutes related to the underground economy that the Enforcement Branch is directly charged with enforcing include:

Links to Underground Economy Task Forces with which the Department of Insurance Enforcement Branch participates: