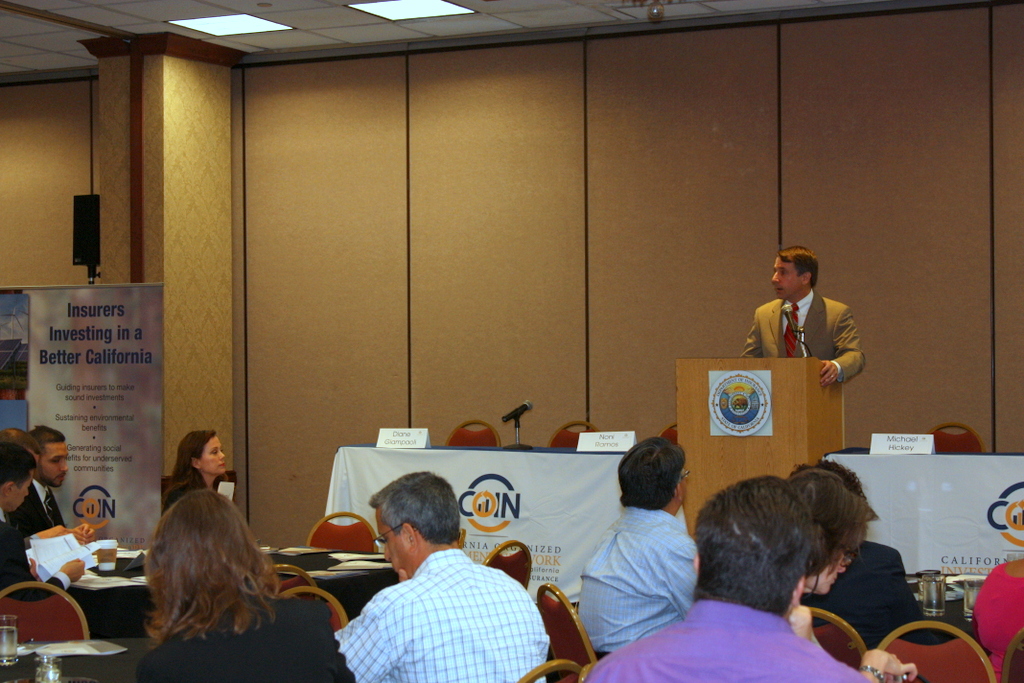 The 2nd Annual COIN Investment Summit was hosted by the California Department of Insurance and was held on July 16, 2015 at the Holiday Inn in Downtown Sacramento. Insurers, CDFIs, community organizations, and other stakeholders engaged in productive and insightful panel discussions to enhance and promote the COIN CDFI Tax Credit and Insurer Investment Programs.
Commissioner Dave Jones emphasized the importance of increasing insurance company investments in California communities, particularly in low income communities where insurer investments through the Department of Insurance's COIN program can help create more jobs, affordable housing, community centers, schools, health clinics, and otherwise help to revitalize neighborhoods and communities. Commissioner Jones also announced a total of $24.5 million in community investments in 14 projects statewide. These investments were made through the department's COIN Tax Credit Program in the first half of 2015.

Commissioner Jones commended two insurers, the California State Automobile Association (CSAA) Insurance Group and MetLife Insurance Company, for their combined $15.3 million in community investments through the Department of Insurance's COIN Tax Credit Program in the first half of 2015.