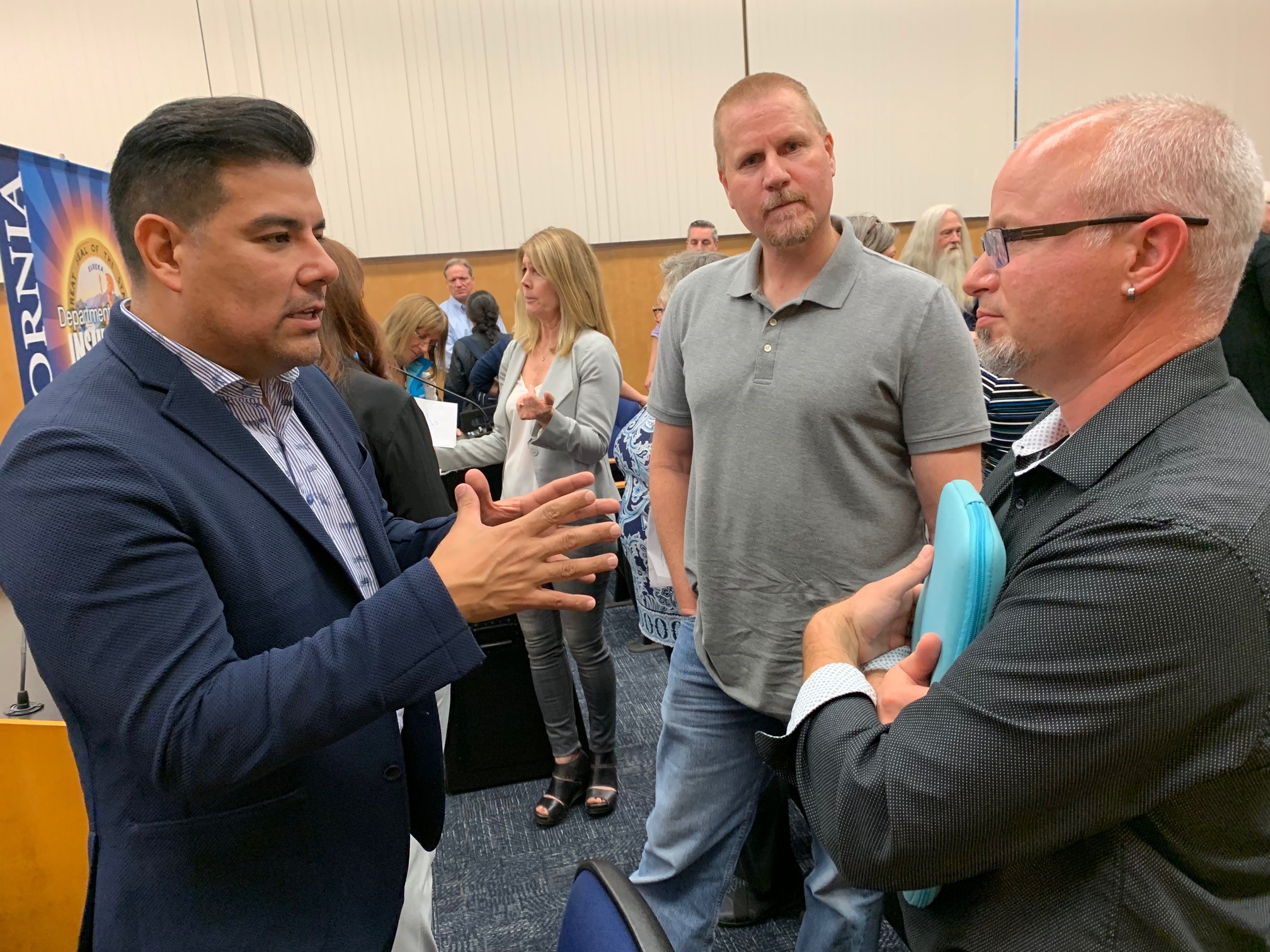 Above: Commissioner Lara meeting with wildfire survivors in Santa Rosa on Tuesday, May 28.

The Department of Insurance issued a notice to insurers requesting they extend additional living expense (ALE) coverage by a full year to survivors whose additional living expense benefits will expire within months. ALE coverage typically includes food and housing costs, furniture rental, relocation and storage, and extra transportation expenses while a home is uninhabitable.

The Department issued a second notice requesting that insurers not deduct the land value when survivors who suffered a total loss choose to purchase a new home in a different location. Many insurers deduct land costs, reducing the amount that a homeowner can receive.

New state laws extended living expense coverage from 24 to 36 months, but did not apply to survivors of the October 2017 fires that destroyed 5,300 homes and caused more than $12 billion in losses across five counties.

“With labor shortages and other outside factors delaying the rebuilding process, time is running out for many who lost their homes in the 2017 fires,” said Insurance Commissioner Ricardo Lara. “I urge insurers to show good faith with their policyholders by extending living expense payments to those who have endured so many delays beyond their control.”

According to local officials, Sonoma County and the City of Santa Rosa have processed 2,814 permits for homes, representing 55 percent of the 5,143 homes destroyed in the fires. To date, 399 homes have been finished.

The deduction of the land value from the cost of purchasing a home at a new location creates another complication for some survivors.

California law allows those who suffer a total loss to utilize insurance to rebuild in the original location, rebuild in a new location, or to relocate to a replacement home. The Department has received complaints from policyholders who chose to relocate that their insurer deducted the estimated land value of the new home from the overall replacement cost payment, leaving policyholders with less than the full amount of their benefits they would have been due if they rebuilt the home.

“Allowing policyholders to purchase an already existing home without having insurers deduct the value of land will greatly help wildfire survivors throughout California rebuild their homes and lives,” Commissioner Lara added.

Following the North Bay Fires in October 2017, Department staff met with more than 1,000 survivors at the Local Assistance Centers and more than 300 survivors at our one-on-one workshop held in December 2017, participated in many community meetings, and we continue to assist consumers who contact us through our Consumer Hotline or who file complaints.

The Department has received more than 600 formal complaints as a result of the 2017 North Bay Fires and has recovered millions of dollars for survivors through our investigation and intervention. Wildfire survivors can contact the Department of Insurance at 800-927-4357 (HELP).